We’ll be having a General Meeting tonight… Or will we???* 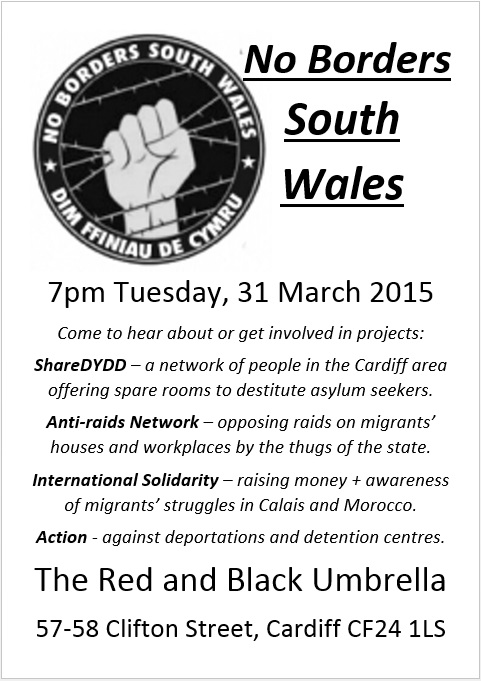 Meeting of No Borders South Wales tonight (plus people from the ShareDYDD destitution network).

Meeting tonight at the Brolly of local campaign Smash IPP – a group against ‘Imprisonment for Protection of the Public’ sentences, which are out-dated, used unfairly, and not benefitting anyone.

“IPP is a law that means that prisoners can be kept in jail after their sentence is over for the ‘protection of the public’ and even though this law has now been abolished, thousands of people are still locked up because of it. These people have no idea when they will be released, and some could potentially be in jail the rest of their lives.”